Of course, there’s more to it than picking colours of the rainbow according to mood. It seems that the brighter the hue, the better the benefits. Dragon fruit, which is also known as pitaya, is packed full of antioxidants and vitamin C, as well as B vitamins which aid the digestive system. It also contains phosphorus, which is good for healthy blood and tissue development. Moreover, it’s low calorie: an average-sized fruit is just 60 calories, and contains less sugar and fewer carbs than many other tropical fruits.

The antioxidants will detoxify your body — like a cleanse, from the inside — and make you feel alive. And, the water content will rehydrate you, meaning dragon fruit is pitched for at those with an active lifestyle. It looks pretty on Instagram — a crucial qualifier for any health food worth its (lack of) salt.

So, what are the best ways to get your fix? You could consume the fruit whole — cut it in half and scoop out the flesh — but in London, it’s mainly manifesting itself in powdered form. From nutritious pre-workout smoothies to juices, lattes, raw desserts, chocolates and sorbets.. The pink powder’s many uses are limited only by your imagination, and it tastes so good you can eat it by the spoonful.

Planet Organic, which has seven stores in London, is selling between 150-200 pitaya lattes a week. “It’s not quite at the levels of Matcha or turmeric yet, but we expect it to go that way,” explained Leigh Chivers, senior buyer at Planet Organic’s Food to Go section. The latte is a mix of raw cacao butter, pitaya and hazelnut milk — it reportedly tastes like a white hot chocolate.

“It’s our third-most popular rainbow latte,” Chivers continues. “The pitaya is  rich in antioxidants and vitamin C, and the cacao butter is a healthy fat.” The colour has had a big impact, she explains. “It’s probably been one of our most Instagrammed products from customers. They’re  loving the colour. Some customers come in having seen pictures on Instagram, others are sampling it in store after seeing how amazing it looks. We’re bringing out iced versions so we expect sales to shoot up over summer.” 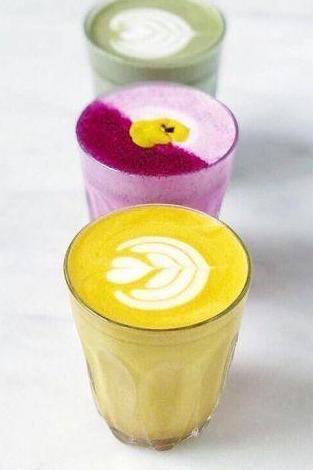 Planet Organic is onto something: the dragon fruit latte is an export of Brooklyn, meaning it will likely be all over London by the end of the summer. Notably, you can also get one at Kaia, an Asian-Pacific restaurant inside The Ned, London’s latest livewire hotspot, and pictures taken of Kaia’s version are racking up likes on Instagram, which means capital-wide domination is pending.

Indeed, the tag #dragonfruit pulls up more than 550,000 posts on Instagram — inventive fans have shared pictures of themselves diving headfirst into the fruit, as well as more experimental iterations like dragon fruit lollies, bright pink smoothies and cocktails. Something for healthy hedonists too, then: dragon fruit is the whole package.

Pitayas: The fleeting fruit that causes a frenzy in Mexico

THIS IS HOW PINEAPPLES BENEFIT YOUR HEATH